There are two moons in the Land. One is green and the other is blue.

Twice per year the moons are full at the same time. During this night they also intersect. When they do this, instead of forming a lunar eclipse they both look as if they are one moon and, defying science, they shine as one full crimson moon, known as Bloodmoon. 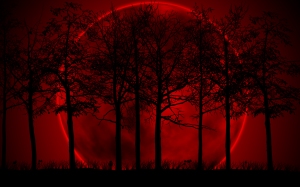 This occurs on the evening of day 180 and day 360 – Winter Solstice and Summer Solstice (see moon chart below). 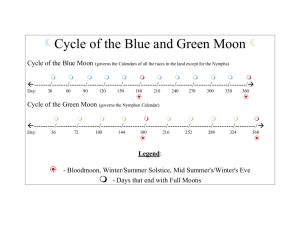 This awe inspiring event has sparked numerous forms of celebrations, each according to his/her own people.